Guruji: “Sometimes I feel that if I hadn’t been working out with Mudgars (heavy Indian clubs) or Bullworker, I would have had nervous breakdown in Gwalior itself – commentary on Gita, Yoga Dardhan, Shiva Sutra took such a tremendous effort! I’m glad that I had been doing body-building which is why I was able to tolerate the experience. See for yourself – anybody who has done commentary on Gita didn’t live much longer after that. Except for Sri Krishna, he lived for 36yrs after saying Gita.

“It has been 12 years now. I don’t feel like looking at my books again – may be the mental fatigue of the work is still there in the mind. I answer when someone asks a question about my commentary, otherwise I don’t talk about them. Repetition of what I said 12 years ago get a little bit irksome. A yogi’s mind continues to develop. These books clarify the fundamental understanding. In the last 12 years, a lot of intricate details and peculiarities have become clearer now. Mr X came the other day to discuss my commentary on Gita. It was my good fortune that he developed fever the next day and I was spared (laugh). If you can live with Mr. X for 2 months, you’ll definitely become paramhansa. See, I’m telling you a short-cut to achieve paramhansa state. And if you don’t become paramhansa, will have to put you in a mental asylum and bring you flowers (laugh). God really listens in difficult times. I was getting very concerned about the impending doom (laugh).”
..
“You must have noticed that your face looks younger after practice. Sometimes I feel that the secret of Babaji’s immortality is hidden in these yoga practices. Otherwise the change in skin tone or the younger look on the face would not have been possible.”

Aditya: “Guruji, why the old gurus, Lahiri Mahasaya and others, did not maintain a young look or live a long life?”

Guruji: “Lahiri Mahasaya’s case was different. Babaji had given him specific objective, which he was able to successfully accomplish with single-minded and concentrated work. His body also didn’t have the qualities required for preservation for longevity. Your body needs to be qualified to be immortal. These yoga practices that I teach have been introduced after a long time. I do feel there’s something about it, somewhere there’s the secret of immortality hidden in it. The body gets stronger with age and the looks remain the same. Of course, the brain also develops, which is the key objective. I have observed one more difference. My aura has turned bright white now. It used to look golden but now it is crystalline white. This change came about in the past few months. Outer edges are golden but inner area is crystalline white, and it is as bright as before. It’s a sign of progress.”

Q: “In Oscar Wilde’s novel “The Picture of Dorian Gray”, the picture grows old but Dorian Gray doesn’t. What do you think about this story?”

Guruji: “I’ve read it. It’s a psychological novel like Dr Jekyll and Hyde, that every person has an other side. I really like his work. His story ‘The Canterville Ghost’ is quite hilarious! Have you read it? It’s very funny. Actually it’s a satire on a typical American family.”

Q: “I’ve also observed that sometimes the expression or the mood in a photograph appears to change. Is it psychological or does it really happen?”

Guruji: “It actually happens. What is a photograph? It’s a likeness. 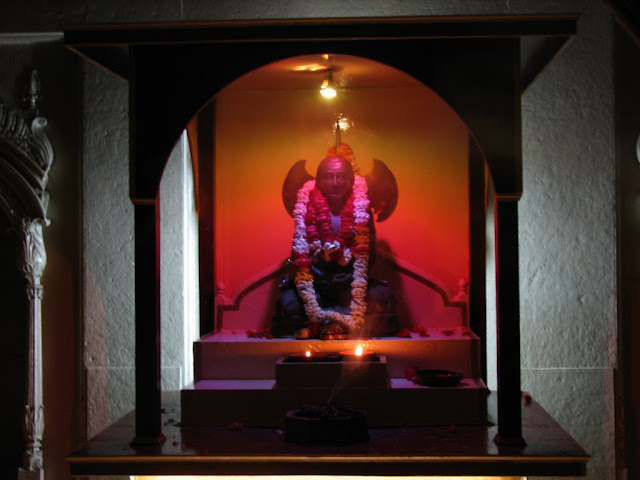 That means, if there’s a strong connection between you and the person in the photograph, like with your parents or Guru, or if the person is mentally very powerful, you may see their expressions change on special occassions. It’s a communication link. For example, Babaji’s murti (idol, effigy) has sometimes totally different expressions on his face! Many people have seen that, way too many. Day before yesterday, some people observed smile on the face of our Hanumanji’s murti. They got very scared. 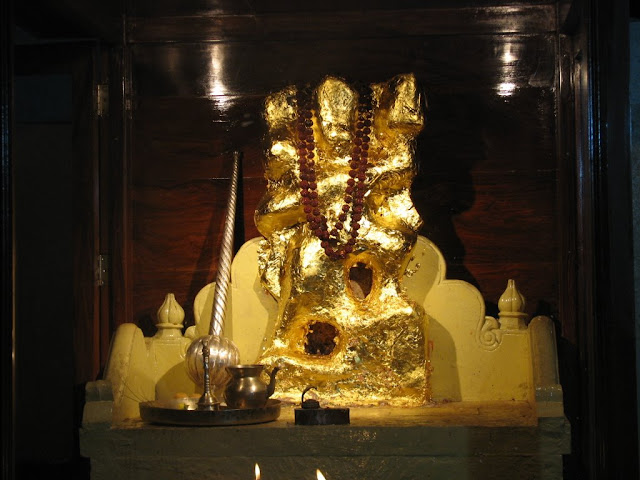 “I’ve observed that with my photograph taken at the cottage (in Gwalior). My looks and expressions keep changing in that photograph. Some days it looks very powerful, some days very weak. Some days the face is very bright, sometimes irritated. This means that whatever is my mood that day gets reflected in that picture. “

Q: “You had mentioned the look in Babaji’s eyes.”

Guruji: “Yeah, his eyes have a verrry ancient look in them. When you look at his physical appearance, he looks like a young man – you can probably place him in 35-40 years. But when you look into his eyes, they have a very ancient look. The impressions appear very ancient. This is sort of expected. What you experience is registered in your mind, and eyes reflect your mind. An immortal being’s eyes reflect all his experiences! He has a very penetrating gaze. It feels like he can see through you. You also feel very nervous in front of him. which is but natural. My last meeting with him was 9 years ago (Dec 1995). There hasn’t been any meeting in person since then. Even the second meeting was 7 years after the first one (April 1st, 1988). Let’s see what happens next.”