[Continuing from an discussion during Vasant Navratri 2003]

Guruji: “It’s an altogether different feeling today. Partly due to the navratri puja celebrations which already gives a high feeling but also because of something else. Today I mastered Shambhavi Mudra.

“It happened this morning. It is the final outcome of Rudragranthi Bheda1 – the last stage. And just imagine, I had mastered Khechari Mudra almost 18yrs back – even more than that, and it took this long to master Shambhavi Mudra. In the meantime, so many things happened – different experiences, stages to realize..” 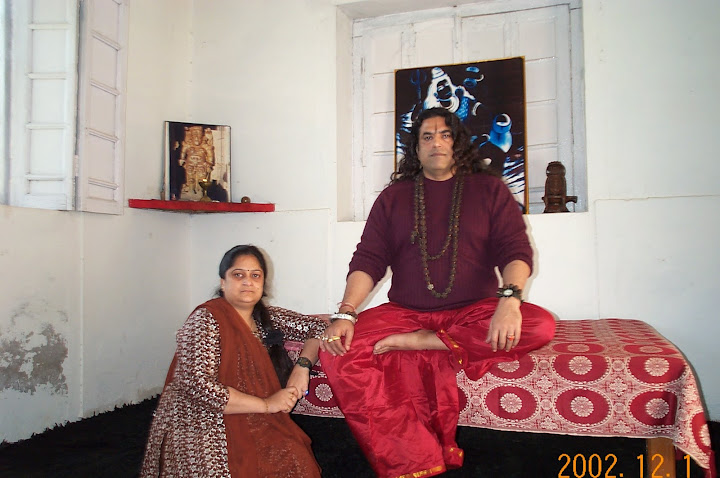 Q: “So was it the final frontier, guruji?”

Guruji: “It looked like the final frontier before I mastered it, but today it looks like the beginning of a totally new thing. But yogically, it is supposed to be pretty big. As the texts2 say, ‘While Veda, Sastra, and purana are like common prostitutes, Shambhavi Mudra is impervious like a daughter-in-law”. And now I have realized that it is not a technique, but actually a result of your practice. Yoga has very profound secrets.

“Today feels like a new beginning. The beginning of Rahu maha-dasha (astrological time period associated with each planet, 18yrs for Rahu) has been good it seems. Since the maha-dasha started, people have been saying that my practice will increase and will touch new heights. Now I feel that the next 18years will pass smoothly in practice.
This must be the first time you have heard somebody saying that they achieved Shambhavi Mudra.”

Q: “Yeah, absolutely! I have never heard it before. I have just read its description in Purana Purusha and realized that it is not a very common knowledge among people.”

Guruji: “Everybody who has read hatha yoga texts knows about it, but experiencing the state is something else. After achieving this mudra, you develop a complete command over the rise and fall of prana (life force).” 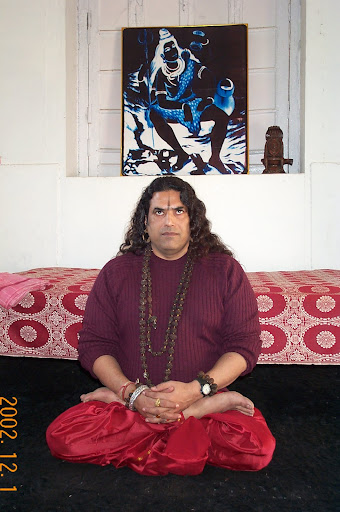 Q: “So does this mean you have completed your kriya practice now?”

Guruji: “Completed? I feel it has begun now. There’s no longer a final destination. It’s as if there’s a long road ahead; you walk some and you see some more. Thinking from an normally ambitious point of view, it is a pretty big achievement though. All the books have gone completely silent after talking about Shambhavi Mudra. But those are just the books that have gone silent; I feel the practice continues to go on and builds up new challenges and milestones.
Now I am excited to see what happens next.

Q: “This is the greatest news so far. Congratulations, Guruji!”

Guruji: “Thank you. Yes it’s a great news, with perfect timing with navdurga celebrations. I think it was building up for quite some time, say the last two years. The built up finally lead to its climax today. As soon as I sat for practice after the puja, it happened. Just like that. And I also have a full control of it now.”

Guruji: “What does it say?”

“It says that the yogi who masters Shambhavi Mudra is a living Adinath and Brahma himself! And that description has been given only for Shambhavi Mudra”

Guruji: “Yes, that is the description of the result of Shambhavi Mudra. I think I remember the slokas as well ‘नेत्रांजन समालोक्य आत्मारामं निरीक्षयेत ..’.

“It is also true that this mudra forms itself. It is not a technique, but rather a result of the practice. It builds up with regular practice, reaches its climax, and then finally displays itself. The constant high/intoxicated feeling from before has now increased tenfold. It increased since that day only.

“One thing I’m observing is that we practice many techniques to raise the life force up, but after Shambhavi Mudra, the prana stays up on its own. Its an amazing thing.”

Q: “Guruji, what you have written about Rudragranthi Bhedha is that the life force is offered and burnt in itself.”

Guruji: “Yes, and it can be said that this is the result of that, offering prana in the sacrificial fire of itself.”

“Have you heard of anybody else who has achieved this level in recent history?”

Guruji: “I have only heard of Lahiri Mahasaya who achieved Shambhavi Mudra in the recent history. Nobody has talked or discussed about it after that. Only Lahiri Mahasaya had written some comments about it in his diaries. Yogananda Paramhansa reproduced those comments in his ‘Autobiography of a Yogi’. No other guru has claimed experiencing it. It’s a rare occurrence. But I am sure there are other people as well.

“I believe that now, slowly, my disciples will also achieve Shambhavi Mudra. It’s a breakthrough.”

“So the sadhana (practice) will continue after after achieving Shambhavi Mudra?”